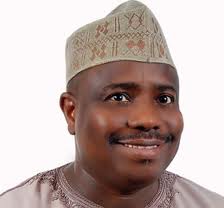 Speaker of the House of Representatives, Hon Aminu Waziri Tambuwal, has called on Islamic religion leaders and traditional rulers to double their efforts in bringing real Islam into followers’ consciousness in order to clear misgivings about the activities of some of its youths.

Tambuwal made this call on Saturday in Kano, during the national prayer session organised by the Tijjaniyya brotherhood at the emir’s palace. He said despite security and other negative challenges confronting the nation, hope of a bright future had not been lost.

According to him, this became necessary because Islam was facing great challenges brought about by the lack of clear understanding of its tenets by a seeming vocal minority in its fold. He added that various problems are confronting Muslim youths in Nigeria today, but he counseled them not to deviate from the teachings of their religion.

His words: “Islam, like other religions, encourages peaceful coexistence between all peoples. As such, any effort to undermine the peaceful atmosphere should be resisted by all and sundry.”