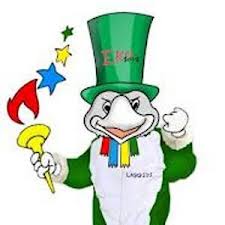 Unsurprisingly, the last is yet to be heard about the just concluded National Sports Festival, Eko 2012. One of the athletes, Harry Chukwudike, who was part of Nigeria’s team to the IAAF world junior championships last July in Barcelona, Spain, was a participant at the Eko games and he has revealed the shabby treatment he got from the state he represented at the event.

At the Eko 2012 National Sports Festival, Chukwudike was one of the race favourites, but he was well outside the medals zone in the men’s 100m. The youngster, coached by former national sprinter, Uchenna Emedolu, stated that his preparation for the National Sports Festival was dead even before it started as he got no support from his home state, Abia.

According to him, “Abia gave me only N5000 to prepare. And there was nothing I could do compared to the other athletes who were well motivated by their states… I am appealing to the state governor to pay attention to sport. There are so many talents wasting away and it is painful that we cannot get the kind of support we need to excel,” said the young athlete.

However, the athlete had won a sprint double at the last Pastor D.K Olukoya Under-18 Championships in Lagos.