AS the controversy over the Will of the late Ikemba Nnewi, Dim Chukwuemeka Odumegwu continues, his son, Mr. Emeka Ojukwu Jr., a former commissioner for special duties and transport in Anambra State, has said he did not need any Will to take over his father’s house in Nnewi. 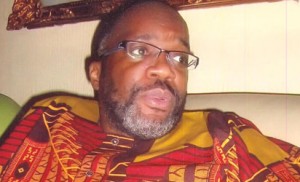 Speaking yesterday, Ojukwu Jr. said he had taken over the house according to Igbo tradition that stipulates that the first son should automatically and traditionally inherit his father’s house and compound in the event of the father’s death.

The Nnewi mansion was given to Emeka Jr in the controversial Will read last week in Enugu, while Ojukwu’s multi–million naira commercial property located at Sokoto road, Onitsha, was given to him to manage, while the Ikemba was still alive and it was not reflected in the Will.

Emeka, however, said other contents of the Will were subject to challenge at the law court, adding that it was left for his father’s lawyer who prepared the original Will to take action before he (Emeka) contacted his own lawyer for any possible litigation.

Meanwhile, the crisis rocking the family over the Will took a new dimension yesterday with a director in Ojukwu Transport Limited, OTL, one of the companies mentioned in the Will, saying the late Ikemba’s wife, Bianca, had no stake in the company.

A director of the company, Mr. Ifeukwu Ojukwu, who is based in the United States of America, USA, said the company, owned by their late father and grandfather, Sir Louis Odumegwu Ojukwu was a different property from the private property of late Ikemba Nnewi, arguing that Bianca could not claim the trustee of the company as conferred on her in the Will.

It would be recalled that the will had given the trustees of the company belonging to the late Ojukwu Bianca which the eldest son to Ojukwu Emeka Jr. described as untrue and improper.

Ifeukwu Ojukwu said: “Bianca was neither a trustee member, nor a director of OTL and it is good to note that OTL is a different property from the things late Ikemba Nnewi left behind because the directorship cannot be transferred through a Will.

“I attended a meeting of OTL directors and Bianca was not there and she is not even a member of the board of directors and she cannot lay claim to that.”

He explained that all the directors of OTL were in full support of Emeka Ojukwu (Jr.) as the head of the Dim Odumegwu Ojukwu’s family, recalling that the late Ikemba told him that Emeka was his first son and head of the family in the event of his death.

He added that members of the family would support him in whatever he decided to do.