I hate Obasanjo, but he was instrumental in bringing Jonathan to power – Dokubo-Asari 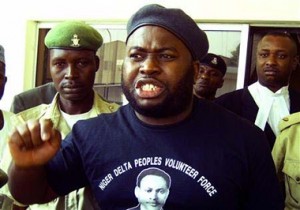 Former president of the Ijaw Youth Council, Alhaji Mujahid Dokubo-Asari, recently spoke with some journalists on issues of national concern, including the alleged face-off between President Goodluck Jonathan and his estranged political godfather, ex-President Olusegun Obasanjo.

On how he thinks the administration of President Jonathan is faring so far, Dokubo-Asari said there have been no changes and it is business as usual. He also acknowledged the vital role President obasanjo played in ensuring the Jonathan emerged as the president of the country.

“First, there was no need for Jonathan, whatsoever, to disagree with Obasanjo. I don’t like Obasanjo, I don’t like his face, I hate him, but he was instrumental in bringing Jonathan to power. And the greedy people around Jonathan have not managed him well enough to prevent an open clash between him and Obasanjo… Some people say Obasanjo is manipulating Jonathan, that is why Jonathan is disagreeing with him, and we ask: ‘what has Jonathan’s government achieved to show that it is a departure from other governments that have existed since 1956?’ For us, nothing has changed. It is still business as usual. So, what is the advice that Obasanjo gave to Jonathan that is so difficult for him to fulfil, that made him to decide to fall out with the former President?”