Super Eagles prolific forward, Peter Osaze Odemwingie has taken to Twitter to pour out his heart on his recent exclusion from the squad that will prosecute the nation’s games at next year’s Orange African Cup of Nations in South Africa.

The West Brom striker who is capped 55 times with 9 goals for Nigeria, is unhappy at his exclusion and has decided to clear the air ‘for the fans’ so that ‘they don’t think I don’t care or too proud.’

Not one to shy away from controversy especially when it comes to the way football is being run in the country, Osaze, 31, once again showed his passion for the game that has brought him fame as he raised very salient issues that might just give a hint to the real reasons behind his exclusion from coach Stephen Keshi’s 32-man squad list as well as other run-ins he has had in the past with football administrators in the country.

See his tweets below… 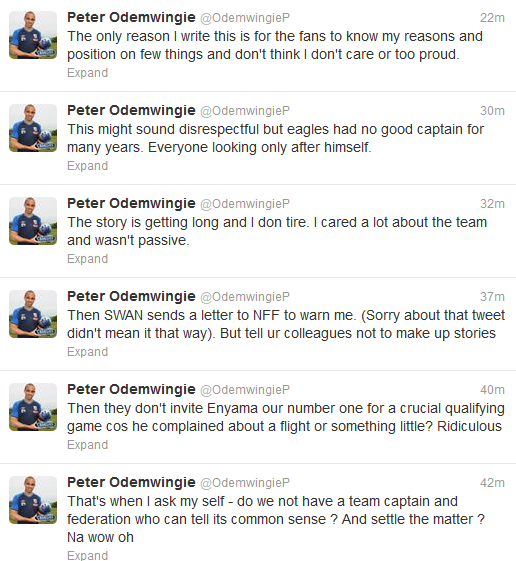 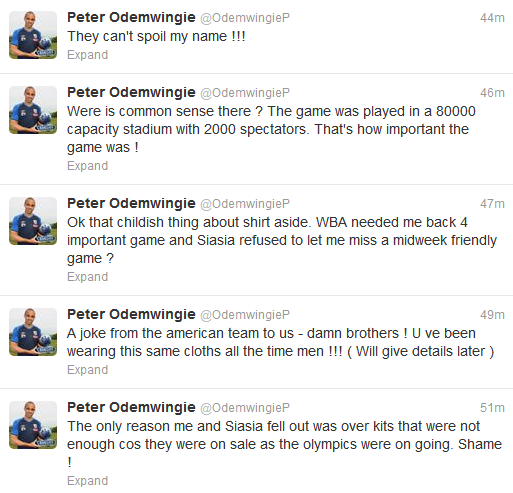 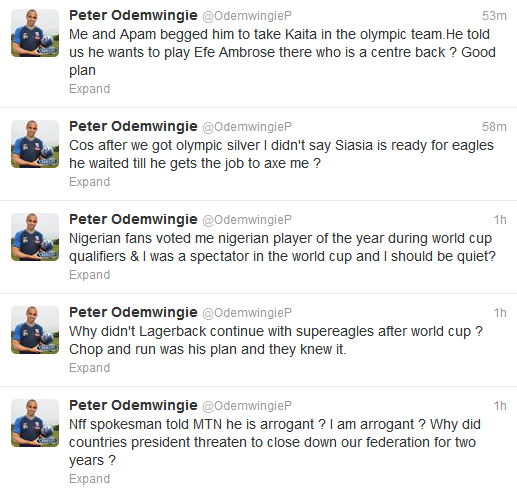 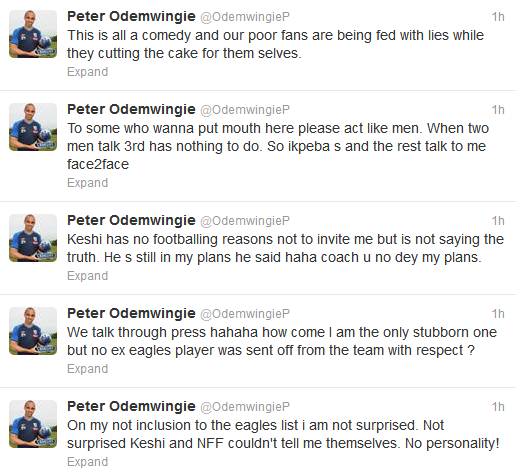 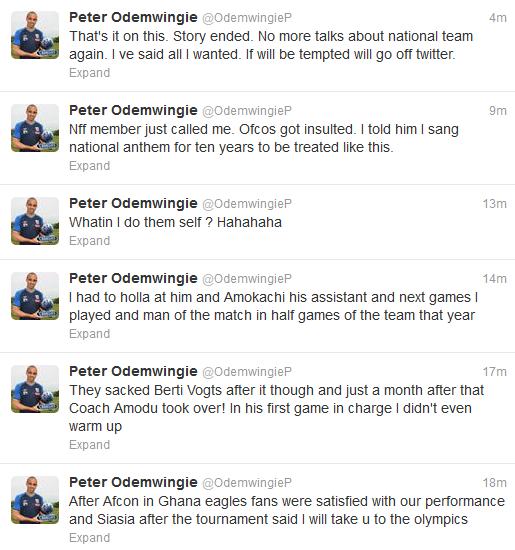