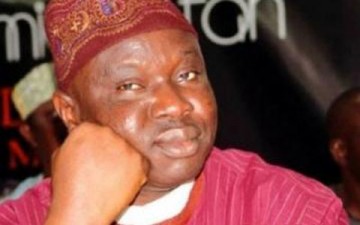 Wonders, they say, shall never end. It will be recalled that the Economic and Financial Crimes Commission (EFCC) recently lamented how it is difficult to prosecute the “heavy weight” corruption suspects in the country.

It is against this backdrop that the misplacement of the key to where exhibits were kept, on Monday, stalled further hearing in the trial of the Speaker, Lagos State House of Assembly, Adeyemi Ikuforiji, along with his Personal Assistant, Oyebode Atoyebi, over alleged financial crime at a Federal High Court in Lagos.

The EFCC counsel, Godwin Obla, had requested for the exhibits in order to make reference to them while leading a witness in evidence. However, he was informed by the trial judge, Okechukwu Okeke, that the key to where the exhibits were kept could not be located.

Three additional set of exhibits in addition to the 19 documents earlier admitted as exhibits by the court, were on Monday, tendered by Obla. He informed the court that the tendered documents were the last set of exhibits he needed to prosecute the case. The three additional exhibits, according to the EFCC’s counsel, were: a statement of one of the EFCC officers who investigated the matter, Mr Adebayo Adeniyi and two registers – Chico Cash Register and Bulk Register – said to have been obtained from the Accounts Department of the Lagos State House of Assembly. It was at the point of seeking to start “demonstrating” the exhibits, particularly those earlier admitted by the court on October 24, 2012, that the judge said the key to where the exhibits were kept could not be found.

Ikuforiji and his aide are currently facing a 20-count charge of accepting about N501million cash payment from the House of Assembly without going through a financial institution, an act which the anti-graft agency said violated the provisions of the Money Laundering (Prohibition) Act.