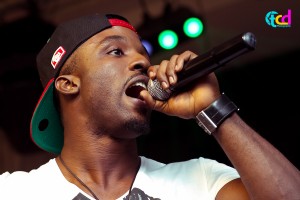 Iyanya Mbuk used to be just another musical prospect struggling to hug the limelight, then he won the MTN Project Fame and so came his first album.

Iyanya was then still just another kid on the block, but he never stopped working hard for fame and fortune which is the sign that shows an artiste has struck it at the right place.

Every time I watch Iyanya perform or hear fans scream his name, the first thing I remember is the performance of Kukere at the popularly Calabar Carnival just last year.

I was not present to watch him performance, but I have friends that never miss the details. They were there and as much as they loved the song even then, they were disappointed that Calabar people didn’t give their son the kind of applause he merited.

My friends loved the song and we all ensured we had it on our phones, but Kukere wasn’t appreciated all around then. Even the etighi dance step which is now kind of synonymous with the song was just a very interesting dance step we saw every day on the streets of Uyo.

Iyanya’s hard work continued and he never stopped promoting kukere after its release in December 2011, the same month he performed the song in Calabar.

Today, Kukere is one of the songs most listened to in Nigeria, and Iyanya has staked his claim to being the hottest act in the Nigerian music scene. Kukere has set the record as the most downloaded song on the Internet, courtesy of the technology platform, MTECH.

His success they are happy for, but many people have questioned why Iyanya’s music lacks a particular pattern. Your Waist and Flavour are distinct tunes from Kukere. Iyanya however argues that versatility should be the hallmark of a good artiste: “You should not expect me to keep doing songs that sound alike. An artiste should be versatile and that is what I have tried to achieve in this new work,” he said.

A lot of rumours have been around about his relationship with Ghanaian actress, Yvonne Nelson who said she wouldn’t mind marrying Iyanya. Who would? Fame, fortune, good looks… tell me, who would?

Speaking to Hip Hop magazine, Iyanya said there is no iota of truth in the rumours making rounds, adding that blogs write what they have to write to get hits. Not all blogs, Iyanya!

Anyways, Iyanya says he’s just friends with the ladies, and nothing more. Hope you didn’t break any hearts with that statement Mr Mbuk.

Iyanya might have done enough to secure a permanent space in the Nigerian music scene, and for many of his fans, they believe his best is yet to come.

Looking back at the last one year for Iyanya, I’d say he’s worked hard enough and has deservedly gotten a VIP in the Nigerian music industry.