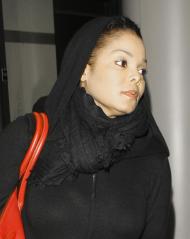 You must have heard about Janet Jackson’s billionaire boyfriend. Now, Jackson may be gearing up for a monumental 2013 with news surfacing that the hit singer is engaged to her long-time boyfriend and Middle Eastern brand moghul Wissam Al Mana.

According to reports, her wealthy boyfriend popped the question several months ago and presented her with a “huge expensive ring.” Insiders claim the lavish ring is tempting the singer to keep it locked up at all times.

Jackson, 46, began dating the much younger billionaire businessman in 2010 and the pair is reportedly planning a spring wedding in Qatar.

“He is flying in all of Janet’s friends and family on private jets,” a source told US Weekly.

“He wants to get a top chef to create a custom menu,” the insider continued before adding the ceremony “will cost millions.” Other reports claim that her wealthy beau is planning a big fat Qatari wedding with Rolex watches as return gifts for guests.

Jackson is not new to matrimony; this will be her third marriage. She was earlier married to singer James DeBarge and Rene Elizondo, Jr. She split from hip-hop producer Jermaine Dupri in 2009 after several years of dating.

Now we understand why Janet’s dressing and lifestyle has totally changed. We hope pit’s for the best, and not just another celebrity marriage. [GN]