Jigawa State has banned the maltreatment of poultry birds by man and has threatened to prosecute traders, who do so in the state.

Speaking during a sensitisation exercise at Furji Market in Yankwashi Local Government Area of the state, the Chairman, Consumer Protection Agency in the state, Alhaji Abdulkadir Hadejia warned that the government had placed a ban on the manhandling of chickens in all markets across the state and so defaulters would be prosecuted. He however did not spell out the specific sanctions. 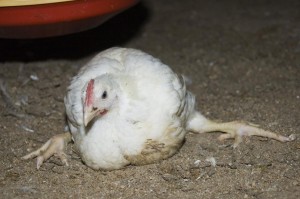 “The action is cruel, inhuman and exposes the animals to maltreatment. Hawkers of chickens should pack their animals in a crate rather than hanging them with their head down in the name of marketing.

“The ban applies to all poultry sellers, such as chicken, guinea fowl, duck and pigeon. Anybody found manhandling the animals will be prosecuted,” he warned.

Hadejia said the action was part of a comprehensive campaign to check the abuse and encourage proper handling of chicken and other poultry animals by traders.

He said the agency had conducted similar sensitisation exercise in more than 40 village markets across the state.

He added that the government has also worked out modalities to upgrade some markets in the state to enhance commercial activities at the grassroots.