Soccer star Lionel Messi is set to sign a new deal at Barcelona that would give him the highest club wages of any footballer in Europe’s top leagues. 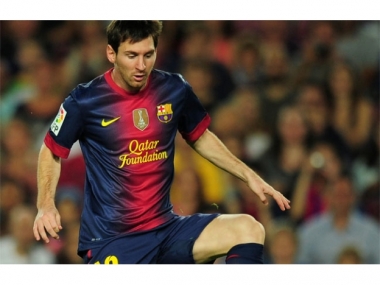 The player’s father, Jorge, has already opened negotiations with the Catalan club over extending his current contract, meaning he will stay at Barcelona until he is at least 31.

The deal is expected to be structured so that it increases yearly, rising to 12.5 million pounds a year net before bonuses. Messi, 25, signed his last big contract in the 2009-10 season with then sporting director Txiki Begiristain and his vice-president Marc Ingla, the Daily Mail reports.

According to the paper, President Sandro Rosell is keen to extend that deal by two years to ensure he stays at Barcelona before fulfilling his ambition of a swansong in Argentina before he retires.