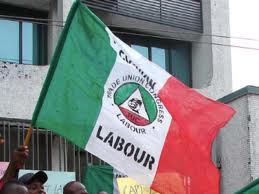 It is indeed surprising that even at this moment in time there are still states that are yet to resolve the issue of the minimum wage with their workers.

Plateau State chapters of Nigeria Labour Congress (NLC) and Trade Union Congress (TUC) have directed all industrial/trade unions and associations in the state to commence immediate mobilisation of their members for total strike as from Monday, December 10.

Already, workers at the 17 local government areas of the state and primary school teachers had been on strike for seven months, over the national minimum wage. The strike was further compounded by the invocation of “no work, no pay” rule by the state government on the premise that the striking workers would not be paid for the period they were on strike.

Meanwhile, according to a communiqué issued by both the NLC and TUC in Jos, the unions should begin to mobilise their members by ways of meetings, text messages and direct contacts for compliance. The communique further directed all workers and other service providers to stay at home from Monday midnight indefinitely, until further notice from the organised labour.