Home General News Money Laundering: My son was on a health mission for his daughter...
Facebook
Twitter
WhatsApp 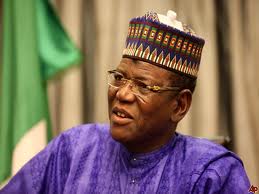 Governor Sule Lamido of Jigawa State has faulted the media report that his son, Aminu Sule who was arrested at Malam Aminu Kano International Airport for carrying fifty thousand US dollars ( $50,000) on him while on his trip to Egypt was on a money laundering mission on his behalf.

In a press statement signed by malam Umar Kyari, the Director of press to Governor Sule Lamido, the governor states:“ for the purpose of removing this notion that he was embarking on a money laundering mission on my behalf, that I find it necessary to clarify the allegation”.

He then explained that Aminu has a daughter born with spinal problem and was taken to Cleopatra hospital in Cairo, Egypt, last year, and that the little girl was in the hospital for three weeks for treatment and was asked to return for the second phase of the treatment, which was done about four months ago. At the end of second phase of the treatment, they were asked to return to the hospital for final examination after three months.

He added that it was on this third leg of the visit that his son, Aminu, was arrested by the EFCC while trying to board Egypt Air on Tuesday 11th December, 2012.