My Anger Is Over – Osaze

Out-of-favour Super Eagles striker, Osaze Odemwingie, is done being angry with coach Stephen Keshi and the Nigeria Football Federation following his dramatic exclusion from the team ahead of the 2013 Africa Cup of Nations in South Africa. 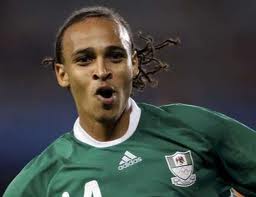 Odemwingie was in a rage on Twitter when he learnt of his exclusion alongside significant players like Dynamo Kiev’ Taye Taiwo and Levante’s Obafemi Martins.

But on Monday, Odemwingie wrote on same social network, saying his anger was over and needed to focus on club action.

“Anger is over. Full focus on WBA season and next game. I don’t need any distraction, neither the Eagles camp. Both independent,” he wrote.

“Thanks for the support! Had to be disappointed with how they did it. Didn’t have to see that in press. Respect is reciprocal.”

Meanwhile, ex-international Olusegun Fetuga, has advised the excluded players not to take issue personal, saying the selection was for the best.

“There’s no reason anyone of them should insult the coach or the NFF for being excluded from the team. If a player doesn’t make the cut now, he can be in the squad in the future,” Fetuga said.

“Osaze’s outburst was totally unnecessary because you can always call the coach and express your feeling; going to the social network will further damage the relationship between him and the coach.”

Fetuga added, “Ordinarily, the coach owes no player any explanation on why he would not make a team. Both Keshi and Osaze need not take the dispute to the press, it’s unprofessional.”