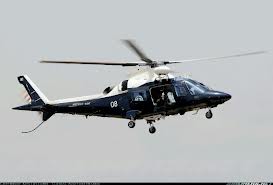 Information emerging from the National Emergency Management Agency (NEMA) has said that plans are underway by the Federal Government, to procure more helicopters in addition to the few ones already in its fleet, for further enhancement of its disaster management across the country.

This was made known by the Director-General, NEMA, Alhaji Mohammed Sani Sidi, who made the disclosure in an interactive session with newsmen in Minna, Niger State capital on Monday, adding that because of the current dimension of disasters in parts of the country, more personnel were also currently undergoing intensive training with the view to deploying them to disaster prone areas of the country after the completion of their trainings

According to him, “I see improvement in subsequent response to disasters in the country and by the time we harness what we have and all hands are on deck, including awareness creation among the stakeholders and the general populace as something that will give us better future for Nigeria and with the people knowing what to do to avert disaster or knowing what to do when disasters occur is key to disaster management.”

The NEMA boss, who was represented by an Assistant Zonal Coordinator, Abuja, Kogi, Kwara and Niger states, Operations Office of the agency, Mr Slaku Lugard Bijimi, at a one-day workshop with the theme: “Role of Non- Governmental Organisations, Community-based Organisations and Private Sectors in Disaster Management,” declared that everybody, starting from the family, community, local government, state, country and the World at large were all involved in disaster management.