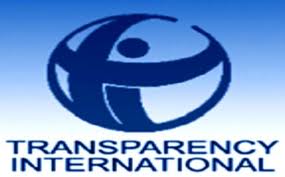 Contrary to what the president of the country might be believing, Nigeria is ranked the 35th most corrupt country in the world, according to a 2012 report by Transparency International (TI) on global corruption. The president had earlier in the year erroneously quoted the TI rankings to be showing the country in favourable light as far as the fight against corruption was concerned.

But, in the report which was released at 6 a.m. Wednesday, Nigeria scored 27 out of a maximum 100 marks to clinch the 139th position out of the 176 countries surveyed for the report. It shared that position with Azerbaijan, Kenya, Nepal and Pakistan. Countries such as Togo, Mali, Niger and Benin fared better than Nigeria.

This is definitely not an improvement from last year’s ranking. It will be recalled that Nigeria placed 143rd in the 2011 ranking, making it the 37th most corrupt country. However, when compared with this year’s result, it is difficult to say whether Nigeria has recorded any improvement because 182, six more than this year’s, were ranked in 2011.