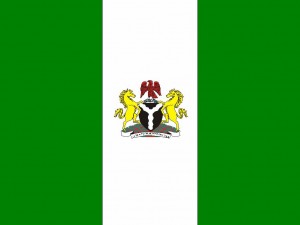 In his message, Governor Adams Oshiomhole of Edo State has urged Christians to follow in the footsteps of Jesus Christ by doing good to all manner of persons as Jesus Christ did over 2000 years ago.

“As we celebrate with family and friends, we should not forget the teaching of Jesus to love our neighbours as ourselves.

Governor Emmanuel Uduaghan of Delta State has charged Nigerians to embrace peace, love and tolerance of one another as Christians all over the world celebrate Christmas.

The Governor, who gave the charge in his goodwill message, said that was the only way the country and indeed the world can be a better place to live.

“I, therefore, call on Christians in the country to emulate Jesus Christ in words and deeds by imbibing the core lessons of love, tolerance, sacrifice, generosity and peaceful co-existence which Christ stood for”, he stated.

In particular, Uduaghan enjoined Christians in Delta to remember the whole essence of the birth of Jesus Christ noting that despite the fact that Jesus was the son of God, he remains the classical example of humility and self-denial.

The Acting Governor of Enugu State, Mr Sunday Onyebuchi has urged Nigerians to use the occasion of the yuletide celebrations to renew their commitment to the promotion of values of tolerance, brotherhood and unity among all groups in the country.

Onyebuchi who stated this in his Christmas message, said the celebrations offered Nigerians the opportunity to reflect on God’s love and compassion for man as epitomized in the gift of his begotten son for man’s salvation.

He said such reflections would help Nigerians understand why they should respect each other’s rights, especially the right to life and to enjoy peaceful co-existence with their neighbours.

In his message, the Governor of Osun State, Ogbeni Rauf Aregbesola, has appealed to all Christians to reflect deeply on the essence of Christmas in their celebration; urging them to remember the humility associated with the birth of Jesus Christ.

Aregbesola restated his earlier position that the country’s security, political and economic challenges can only be surmounted in an atmosphere of peaceful co-existence.

Benue State Governor, Dr Gabriel Suswam has urged Christians to imbibe the virtues of humility and love which are the hallmarks of the birth of Jesus Christ.

Suswam said that God’s purpose of sending Jesus Christ into the world is to bring salvation to humanity, an action that demonstrates God’s love for mankind.

According him, if we let these virtues guide our daily lives, our society will experience less acrimony, criminality, terrorism, war and other social ills plaguing our world today.

Newly sworn in Kaduna State governor, Alhaji Mukhtar Ramalan Yero has urged the people of the state to use the Christmas period to reflect on their relationship with one and show love.

In his Christmas message, the governor called on the people to shun tribal and religious sentiments and work together for the progress of the state.

He noted that Christmas is not just about celebration, but it is a period to take stock and reflect on our relationship with God.

He reiterated his administration’s determination to carry on with the foundation laid by his late predecessor and appealed to the people for support and cooperation to move the state forward.

Senate President, David Mark and his Deputy, Ike Ekweremadu, yesterday congratulated Christians across the country for witnessing yet another Christmas, just as they urged Nigerians to continue to live peacefully in love and harmony.

According to him: “Christmas is a season to give and expect little in return. “It is a time to preach peace and exemplify it in line with the coming of Christ. “And for us as a people, this is the time to forgive, be more united and forge ahead in our onerous task of building a very strong and vibrant nation.

Ekweremadu observed that the nation’s diversities were no excuses for the wanton destruction of human lives and property, violent crime, and corruption in the country. He said: “We should never lose sight of the fact that our founding fathers considered our diversities, but nevertheless saw in them strength and opportunity to build a virile, stable, and prosperous nation.