Since the release of Nollywood actress, Nkiru Sylvanus, by her kidnappers, there have been stories emerging about how she was freed exactly. One thing for sure is that her release didn’t come cheap. 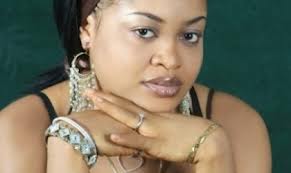 Check out what the Imo State Commissioner of Police, Baba Adisa Bolanta had to say:

“Initially, the family paid N7million to the kidnappers and the police who laid ambush swooped on them at the point of collection and recovered the money that was locked in the trunk of their car as they escaped… After we returned the money to the family, they went behind us and paid N8milliom to the kidnappers. Surprisingly I saw Nkiru in my office after she was released, and I was told they paid N8million to secure her release.”

The Commissioner wasn’t happy with the family of Nkiru Sylvanus as they hindered the police from doing their job. So he claims:

“According to our source, the Police boss didn’t really understand Nkiru’s situation in the hands of her abductors. They said her family was forced to defy the police and pay ransom to the kidnappers “when the issue of rape came in”.

The kidnappers allegedly “tampered” with Nkiru and even threatened her family that they would impregnate her if the ransom was not paid immediately. At this stage, the family of the actress was no longer sure the Police could rescue her unhurt, hence they paid N8million.

“I wouldn’t blame the family…We all know how the Nigerian Police might be at times.”