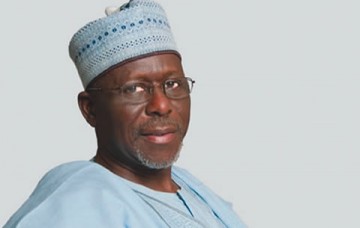 Governor Idris Wada of Kogi State has been commended by the national leadership of the  Nigerian Medical Association (NMA) for refusing to be flown abroad for  medical treatment following his involvement in a ghastly auto crash which claimed the life of his Aide-De-Camp (ADC), ASP Idris Mohammed while returning from the Igala Education Summit, last week.

National President, NMA, Dr Osahon Enabulele, said in a statement on Sunday: “We proudly salute Governor Idris Wada for patriotically opting to receive medical treatment for his fractured femur in Nigeria, rather than being flown abroad as is currently the norm among top political and public office holders in Nigeria” .

The NMA while commending the governor for his show of confidence in the nation’s health sector, also commended the doctors and medical team of the Kogi State Specialist Hospital, whom it said “promptly attended to Governor Wada and other injured victims in Lokoja.”

He said: “We are very convinced that if this faith in Nigerian doctors and health facilities is emulated by others, Nigeria in no time will become a destination for medical tourism.

“We wish to commend the doctors and medical team of the Kogi State Specialist Hospital that promptly attended to Governor Wada and other injured victims in Lokoja.”

“We also commend the medical team currently managing the Governor in Abuja. The commitment shown by them is heartwarming and exemplary,” the NMA said in its statement.