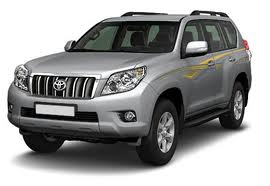 The Minister of Trade and Investment, Mr Olusegun Aganga, has disclosed that Ministries, Departments and Agencies (MDAs) have been barred from using foreign cars beginning from 2013.

Aganga, who was speaking at the end-of-year media chat, during the second annual seminar for trade and investment correspondents and business editors, on Monday, in Abuja, stated that the directive, which he said was from President Goodluck Jonathan, was aimed at promoting made-in-Nigeria goods, conserve the foreign exchange reserves and boost job creation in the country.

He said as from January 2013, it would be an offence for any MDAs to buy foreign vehicles for official purposes, adding that failure to comply would attract a sanction. Although, the minister observed that local vehicle plants might not be able to immediately meet local auto demands, he, however, stated that such MDAs needed to exercise patience, because the local plants would eventually meet their demands.

The minister said the excuse of the poor quality of these goods by Nigerians had been addressed by the admonition to the Standards Organisation of Nigeria (SON) to see that goods coming into the markets were of high quality. As part of the government investment climate reform programme, he said the Corporate Affairs Commission (CAC) had been able to achieve 24 hours registration service, while the country was able to attract foreign investment worth N8.9 billion to the economy in 2011.