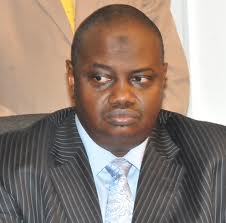 Criticisms against moves by the National Assembly to slash the 2013 budget of the Economic and Financial Crimes Commission (EFCC) by 50% continues as the Nigerian Bar Association (NBA) on Sunday condemned plans, describing as worrisome and unacceptable.

The stand of the NBA was made known by the President of the association, Okey Wali, (SAN) in Abuja while briefing newsmen. According to him, “The NBA is of the strong view that for the anti-corruption agencies like the EFCC, ICPC, etc to function effectively and efficiently, and achieve measurable results, they must be funded adequately. We seek no other satisfaction other than to ensure that the EFCC is strengthened and not weakened by financial incapacity.

“The move to slash the EFCC 2013 budget proposal by half is worrisome and unacceptable to the NBA. Moreso, when the 2013 budgetary allocations to other less important agencies are very high. The association also called on the National Assembly to promptly pass the ‘Civil forfeiture Bill’ pending before it to ensure all proceeds of corruption are forfeited just as it maintained that corruption is the greatest problem of the country.