Apparently some people are unhappy that ace comedian, Ayo ‘AY’ Makun tweeted photos of the car gift he gave his wife recently. 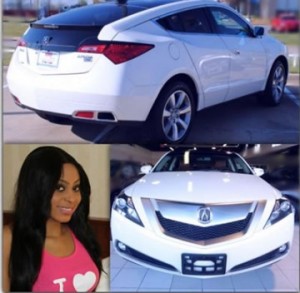 The popular stand up comedian on Monday tweeted a message to his wife, Mabel, disclosing the expensive car gift he bought her in celebration of their anniversary and Christmas.

“Wifey this is my anniversary/Xmas gift to U, 4 being a friend, Sister, wife & Mother. I love u,” he wrote.

He also attached two shots of the car and his wife to the tweet.

However, Tuesday, AY recanted in reaction to the flurry of accusations of ‘showing off’ that trailed his tweet. He wroted: “Sorry 4 tweeting about d car I BOUGHT 4 my wife. Never knew sharing my excitement was going to be perceived as show-off/ complex problem.”