The outgoing year of 2012 has been a rather tough one for Nigerians especially as the nation grappled with increasing wave of insecurity, uncertainty, harsh economic environment and natural disasters. Also for the leadership of the country, it has been one of unprecedented challenges and political upheavals here and there but the President, Goodluck Jonathan, yesterday, reassured Nigerians that the country will have a better outing in 2013, as his government was determined to bring desired changes on security, power, aviation and other areas of national life. 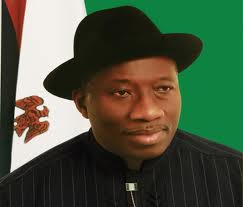 The president said, “I urge Nigerians to, in the spirit of Christmas, embrace peace. The wars will not save us. Christ brought peace to free everybody. If we embrace peace, we will progress. We have challenges, but we have everything in place to overcome them.

“In the New Year, we will see the changes in the airports, seaports, power and security as we progress. Surely, 2013 will be a better year for the country”.

In his homily, Bishop of Ogbia Diocese, James Oruwari who admonished Nigerians to eschew bitterness and love their enemies, added that God will manifest in the life of any believer who shows love to his neighours and forgives them.