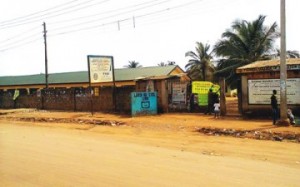 The Ogun state Government on Wednesday suspended the Principal of Ajuwon High School, Iju Ajuwon in Ifo Local Government of the state, Mrs Olufunke Aladeojebi, who allegedly conducted virginity test on some female students, after preliminary investigations by the state’s Ministry of Education.

The Commissioner for Education, Mr Segun Odubela, told journalists in Abeokuta that the ministry had interrogated the principal “to give her a fair hearing,’’ adding that a five-man panel made up of officials of the ministry and the state’s Teaching Service Commission was set up to further investigate the case and make appropriate recommendations on how to deal with the matter.

According to him, the government was concerned about the welfare and interest of the students and would not tolerate any act that would compromise their fundamental rights or jeopardize their future.

“We equally believe in the need to maintain discipline in our schools and to follow due process in the handling of this particular case.

“We appeal to parents of the students involved to be patient and allow us to handle the case as dictated by the law of the land and service rules,” he said.

A national daily had reported that the principal, in conjunction with a nurse conducted a virginity test on the female students of the school without the consent of their parents. However, out of the 300 students in SS1, only 38 of them passed the test.

As much as what the principal did is inexcusable and an infringement on the right of the students, isn’t it something to worry about that just 38 out 300 female students who are probably all under 15, passed a virginity test?