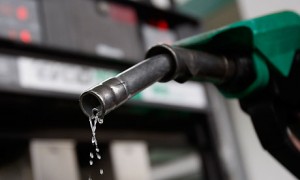 In a rather embarrassing development, the Operations Controller, Department of Petroleum Resources (DPR), Kano State, Alhaji Syyadi Suleiman Abubakar, has said that Nigeria now imports diesel and gas from Niger Republic, just as the DPR has sealed 10 filling stations in the state over an allegation of selling the product above the official pump price.

Abubakar has also disclosed that the DPR has uncovered two illegal fuel dump on the outskirts of Kano metropolis, raided and dismantled by the operation. He made this known on Tuesday in Kano while speaking with pressmen, saying the move was aimed at ensuring disappearance of long queues that were becoming permanent features at petrol filling stations, particularly during Christmas and New Year period.

According to him, the government has no financial commitment on importation of diesel and gas from Niger Republic as the two products had already been deregulated. He also confirmed that about 80 per cent of filling stations were not getting petroleum products from the depot, saying this was the cause of scarcity of the product.

Pointing out that it was not the responsibility of the DPR to supply nor to distribute fuel, but to monitor the sale of the product, he noted that from October to date, the bridging and supply have gone down drastically. His words: “as a measure to ensure the provision of fuel to motorists, sale of the product into jerry cans, surface tanks and unlicensed fuel dump would not be tolerated… whoever caught would be dealt with in accordance to the law of the country.”