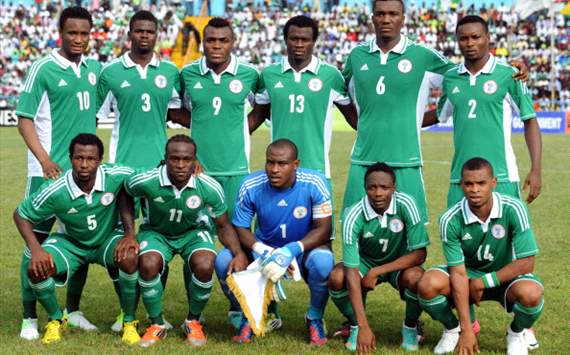 Good times seem to have returned again for Nigeria’s football as the Super Eagles moved five places up on the Fifa global rankings to place 52nd at the end of 2012 in the latest statistics released by the world football governing body on Wednesday.

The Super Eagles have witnessed a steady climb up the ladder in recent times after gaining six places in November and have now added a further five to end the year on a high note ahead of the Africa Cup of Nations in January.

The Super Eagles however remain the 10th placed side in Africa behind Cote D’Ivoire, Algeria, Mali, Ghana, Zambia, Egypt, Gabon, Tunisia and the Central African Republic.

Spain retained the number one spot for the fifth year running – a feat which earns them the ‘Team of the Year’ title according to Fifa. They are followed by Germany, Argentina and Italy in that order.