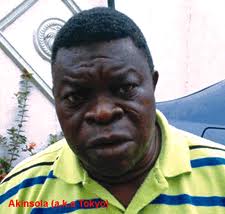 Most people will definitely agree that Ibadan is the capital of road transport union “thuggery” in the nation. It is against this backdrop that the city was thrown into anxiety on Wednesday, as policemen from the state police command picked up the embattled leader of the state chapter of the National Union of Road Transport Workers (NURTW), Alhaji Lateef Akinsola, also known as Tokyo.

Therefore, as early as 7.00 a.m, armoured personnel carriers (APCs) were sighted at Iwo Road Interchange, with a full complement of armed policemen from Egbeda Local Government Area, as well as on the Ring Road.

Meanwhile, confirming Tokyo’s arrest, the state Deputy Commissioner of Police, Clement Adoda, in a statement made available to the Nigerian Tribune, urged members of the public not to entertain any fear. Adoda, in the three-paragraph statement, said the police were aware that “some disgruntled elements might be planning to disrupt public peace,” following Tokyo’s arrest.

He therefore advised people to go about their lawful businesses without fear of being molested, adding that men and officers of the command were prepared to contain and deal with trouble makers: “The command is combat ready to deal with such a situation and any troublemaker would be made to face the full wrath of the law, as the interest of Oyo State takes precedence over any other consideration… The arrested Alhaji Lateef Akinsola is, at present, with the police undergoing interrogation in respect of pending criminal cases against him, for which he was declared wanted by the police… Outcome of the investigation will determine subsequent police actions,” the statement said.