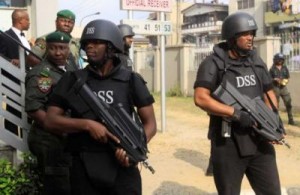 Ibrahim is the third victim in the series of the SSS operatives manhandling of journalists at government sponsored events in the state despite complaints by the state Council of Nigeria Union of Journalists, NUJ, to security agencies.

Journalists in the state, mostly members of Correspondents Chapel of NUJ arrived at the venue of the church service, at 10.30 am but were barred by SSS operatives at the gate from entering even when they presented official invitation cards, until the intervention of the Chief Press Secretary to the Governor, Pastor Anietie Ukpe, who arrived and appealed to the armed security men to allow the journalists enter the hall.

After some journalists were cleared, the security details at the gate stopped The Nation correspondent from entering, his explanation rebuffed.

All of a sudden, the six- foot-tall journalist, Mr. Ibrahim, was carried up like a baby, hauled and pummelled by SSS operatives.

No statement has been released so far on the matter by the SSS or the government of Akwa Ibom State.