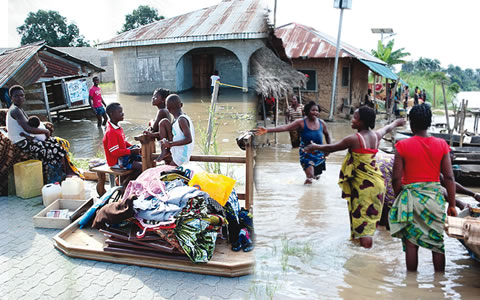 A Non-governmental Organization, Tony Elumelu Foundation, has contributed to the on-going efforts for the rehabilitation of victims of the recent flood disaster across the country with a donation of N1 billion.

The Foundation, a nonprofit organisation, committed to the economic transformation of Africa by enhancing the competitiveness and growth of the African private sector, was established by the former Group Managing Director/Chief Executive Officer of United Bank for Africa, Mr. Tony Elumelu.

As an Africa-based and African-funded philanthropy, whose mission is to identify and groom African business leaders and entrepreneurs to achieve the Foundation’s central objective of enhancing the competitiveness and growth of Africa’s private sector, the donation has distinguished the foundation as a committed partner in ensuring that the internally displaced people are rehabilitated and given a new phase of life.

Meanwhile, commenting on the new wave of philanthropy in Africa, Parselelo Pantu of the Financial Times said the huge donations by the young African billionaires signified the dawn of a new era in the continent.