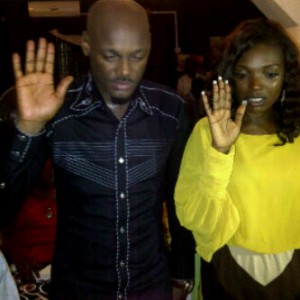 If you were wondering why African Queen singer Innocent ‘Tuface’ Idibia chose his present wife above the other women in his life and why he had to make their wedding a secret affair, the jury is out – by the man himself.

While speaking to a correspondent of PUNCH’s LIF&BEAT, Tubaba as he is fondly called said, “Annie is my first and true love. I had known her before I met the other women in my life. As a Christian, I had to marry one woman and it just had to be Annie.

“We had a secret wedding after we had reached an agreement and amicable understanding about the mothers of my children. It was a tough decision to make, one of the toughest in my life.

“I secretly married her because I have so much respect for my other babies’ mothers; I cannot afford to hurt their feelings with a sudden society wedding with Annie, not now. I chose her above the others because she has been through it all with me.”