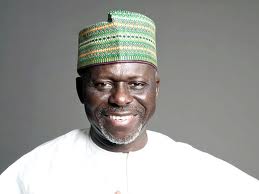 New indications have emerged that Governor Idris Wada of Kogi State who was involved in a ghastly motor accident some few hours ago in which his ADC was killed, may have lost one of his legs.

A government official who revealed that the governor was brought into the intensive care unit with a severely fractured femur according to the doctors, added that they said he is in good condition and did not sustain major head or spinal cord injuries.

According to a source in the government house, the state government arranged for a helicopter which flew the governor to the National Hospital in Abuja.