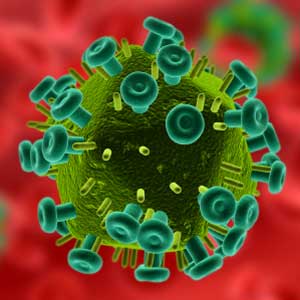 Ironically, a microbicide gel that is highly effective in blocking infection by HIV in a non-human primate model, could be the key to lasting protection from the virus which causes AIDS, a new study has revealed.

In a paper published in the PLOS Pathogens – an open access journal – Dereuddre-Bosquet and other colleagues from the European Combined Highly Active Anti-Retroviral Microbicides (CHAARM) consortium describe the gel’s key ingredient, which are small peptides engineered to present a decoy to bind up the virus and prevent it from entering and infecting the cells of the body. Because this is a gel it can be topically applied and could represent a powerful preventative agent against sexual transmission of HIV.

For years running now, the scientific community worldwide has been working on the development of a vaccine against HIV. Meanwhile, research is also focused on the reduction of the spread of the virus by the application of a microbicide gel to protect users during intercourse which is usually a time of first exposure to virus. So far, few treatments that block virus entry have shown promising protection.

How it Works
The researchers engineered peptides named “miniCD4s” because they mimic the CD4 receptor used by HIV to gain entry into immune cells of the body. The study shows that the miniCD4s blocks HIV entry into isolated cells in a dish and tissue models that mimic mucous membranes which are points of virus entry.

Then they formulated miniCD4s at 0.3 percent in a microbicide gel that was vaginally applied to six female cynomolgus macaques monkeys for one hour before the animals were given a high dose of the virus also in the vagina.

This dose would ordinarily make the animals highly infected but instead, five of the six were completely protected from HIV infection. No trace of virus was found in any body tissue. They were also unable to detect any antibodies to the virus in the plasma of the animals, indicating that the virus was completely repelled and there was full protection.

This study provides a proof of principle that for a promising strategy for the prevention and protection against HIV transmission during sexual intercourse. Importantly, the protection was demonstrated in a non human primate model which represents an essential step prior needed to progress to a prospective clinical trial.