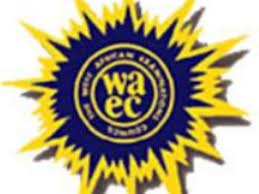 The West African Examination Council (WAEC) has assured candidates, who sat for the November/ December Senior School Certificate Examination of the examination body that they will start to get their results in two weeks time.

This was made known by the Deputy Director, Public Affairs of the Council, Yusuf Ari on Friday in Lagos.

According to him, “We had finished the marking exercise for the November/December SSCE for private candidates since November… The entire process of conducting and collating was quite impressive because there were no negative reports from any of the centres nationwide… We used limited logistics, and this to a great extent relaxed the pressure we normally had during the May/June examination,” he added.

He however, pleaded with candidates and other stakeholders to be mindful of the activities of touts around the offices of the council in order not to be victims of their nefarious plans. He said there was need for members of the public and the government to assist the council in its effort to protect innocent citizens from the persistent exploitation by touts.

On this, he say “We all need to join hands in fighting these fraudsters who stay around our offices, looking for innocent people they would mislead by issuing fake certificates… We have made a lot of efforts to sensitise the public concerning the activities of these people, but still wonder why many people still go to them for transactions.”