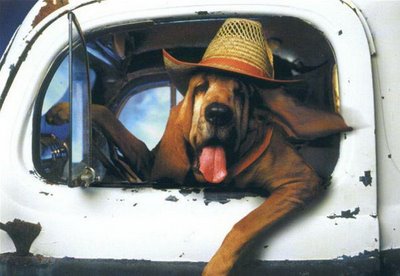 Imagine yourself driving, you take a look at your rear-view mirror and find the car right behind you is being driven by a dog! Well, this might as well be happening soon as some animal experts are teaching dogs how to drive.

According to the experts, it took three Mutts just eight weeks to master the basics in wooden carts. They then graduated to a modified Mini in which they sat on their haunches in the driver’s seat with their paws on the steering wheel. Their feet go on extension levers which are attached to the accelerator and the brake while their paw rests on the gearstick.

Sounds weird right? An animal welfare group in New Zealand trained the dogs to get behind the wheel in an attempt to show the public how intelligent they are. The Society for the Prevention of Cruelty to Animals will put them to the test in a live broadcast next Monday!

The dogs have been trained in specially made wooden carts which they have been driving around inside an indoor test lab. Mark Vette, the animal trainer who is schooling the dogs, said in a preview of the show that they treated the training like a ‘film shoot’, in reference to his work in the movies.

He said: ‘We train the dogs to do different actions, touch is the first thing and then we teach them to touch the different objects with the right paw and left paw… They’ve all come through at this point and they’re all going really well.”