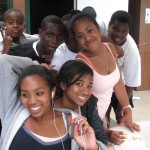 I was once a teen and thankfully my children have left the teen years (it was a testing time)! But speaking to current mum’s with children entering their teen years, I have noticed they have a need to ‘mollycoddle’ their children. For those not familiar with that phrase it basically is the same as, “cotton-wool wrapping” their child.

What is the definition of a teenager? A teenager is someone who is approximately 13-19 years old. Teens have either left or are just entering puberty. Some see teenagers as semi-adults that can make many decisions for themselves. I would think that parents would be very irritated if they had to make every single decision for their teen. Since teens are able to make basic or extended decisions for themselves, when should we stop making every decision for them?

The hard truth is that parents will not be with their child forever. Do parents want their child to not be able to make their own decisions after they (the parents) are gone? I don’t think so.

All of this brings us back to the main point. At what age is it appropriate for Nigerian parents to let their kids make their own decisions? I believe that kids that have reached eighteen have reached the supposed “golden age” and are able to take responsibility for their actions. Eighteen is an age where teens are able to see the world for what it is and are able to make decisions for oneself e.g voting rights in the UK.

When I reached eighteen (many decades ago), I felt that I did not need my parents to make all of the decisions on my affairs any more. My parents expected their children to demonstrate high levels of ‘responsibility’ during their teens; but the transition from adolescence to becoming an adult is not an easy and untangled journey for either the children or their parents. Parents should gradually guide children towards being responsible for various daily activities such as ironing their clothes, keeping their rooms in order Etc.  while giving them their personal space all along.  As mentioned before, it is the point in time when children go through puberty and would actually appreciate advice instead of orders, and a helping hand rather than an authoritative one.

Of course there are instances where parents need to put their foot down but such instances may not be as frequent as most parents fear it to be. Parents also need to realise that their children belong to a different generation than their own and hence, may have to be more accommodating. Whilst I grew up in the age of black and white television and telegrams I had to adapt to the ‘internet’ age when raising my own. Allowing the internet, Blackberry and Facebook took great trepidation and I was unsure of their maturity in the earlier days, but we came through and they are quite mature and very independent in most aspects of their life.

Any answers appreciated on when teens of Nigerian parents should be allowed to make their own decisions….
By Lola Awofadeju Alli
twitter.com/EtiquetteCentre