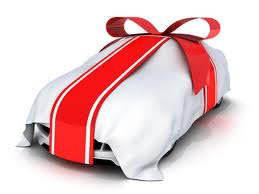 The Parent Teacher Appreciation (PTA) of a secondary school in Lagos, Dansol High School, have surprised a Yoruba teacher in the school, Mrs. Funke Adeyeye, beyond her wildest imaginations by presenting her with a brand new car for being dedicated to duty and ranking as the overall best teacher in the year 2011/2012 academic session.

The Chairperson of the Dansol Group of Schools PTA, Mrs. Adepeju Dinyo, while speaking at the Teachers Appreciation Day luncheon, said that the parents of Dansol found it imperative to appreciate the teachers because they had been able to instill right values in the pupils.

While presenting the car and other awards during the event, the Chairman of the occasion, Mr. David Abraham, said it was pleasing to know that teachers could get parts of their rewards on earth. He commended the PTA for the appreciative attitude they had demonstrated to teachers. He expressed confidence that this would motivate the teachers to do more.

Meanwhile, explaining the rationale for choosing Mrs. Adeyeye as the best teacher, the research consultant, Mr. Imeh Akpan, said the award for the best teacher was based on the school appraisal system, the results of pupils at internal and external examinations and results of survey conducted among the pupils. He said it was a keen contest among the teachers as there were no wide differential margins in the areas of commitment to duty. “The Yoruba teacher won on all parameters which made her emerge as the best teacher.”