A new power play is emerging in Kaduna state following the tragic death of the former governor, Patrick Yakowa, on Sunday in a Nigeria Navy helicopter crash in Bayelsa state as plans are reportedly underway to tap Amina, the widow of the late governor as the deputy to the newly sworn-in governor of the state, Dr. Mukhtar Ramalan Yero. 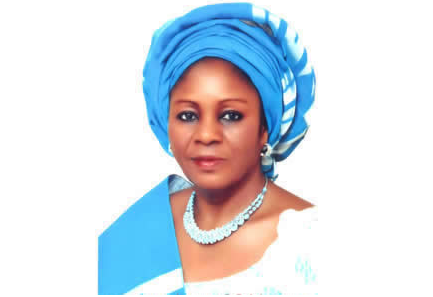 This plan is being brokered by northern governors across party divide, top northern politicians and governors from other regions of the country with the aim of sustaining Yakowa’s legacies.

The promoters of the move to install Yakowa’s wife could meet with Vice President Namadi Sambo in about a week’s time. Members of the group, who are working anonymously gave indications last night that they were convinced that Mrs Yakowa’s mooted candidature would fly.

Mrs Yakowa, 59, was a former deputy director at the Ministry of Defence and only retired after her husband became governor.

The promoters are also said to be motivated by the example of the wife of the former Senate President, Mrs Margery Okadigbo, who emerged to take over her husband, Chuba’s slot in the Senate.

And even more recently, they cited the example of a former Senator from Plateau State, Sen. Gyang Dantong, who was similarly succeeded by his wife, after he was killed by unknown gunmen at a funeral in the state.