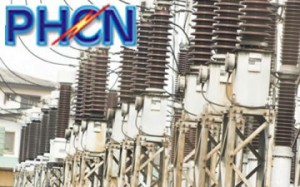 Fearing that they might be spending the festive period in darkness, at least 300 consumers of electricity in Etinan Local Government Area of Akwa Ibom State, on Thursday, stormed the Uyo business office of the Power Holding Company of Nigeria (PHCN) Plc, in protest against, power outage and outrageous bills being imposed on them by the local office in Etinan.

The protesters were led by Mr Obong Umoh, singing solidarity songs and displaying placards with different inscriptions such as ‘Etinan tired of darkness’; ‘Akpabio must hear this’; PHCN Etinan is frustrating government electricity project’, among others.

Also, addressing newsmen at the PHCN office, the group leader said they were in Uyo to formally register their protest over constant power failure and outrageous bills: “The problem that brought us to Uyo is that we don’t have electricity for many months and we are paying outrageous bills. We, therefore, decided to come for a peaceful demonstration,” Umoh said.

“The man at Etinan has been feeding on us by giving us fictitious bills. One month, you could pay N2,000 and the next month it could be N7,000 and this is not reading in the metre,” he alleged.

Meanwhile, addressing the crowd, the district manager, Mr Uzoma Mbuko, promised to look into their grievances. He, however, attributed constant power failures in the area to the re-conditioning of Eket and Etinan lines: “I have explained to the protesters that there was a problem for close to two months as a result of the reconducting of Eket, Etinan lines.” On outrageous bills, he promised to look at the bills to establish the authenticity or otherwise of their claims to enable him to tackle the issue.