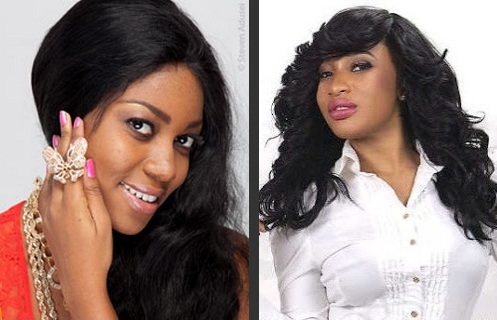 Nigerian singer Iyanya, who has been in the news lately over a not-too-clear triangular relationship blues/drama, involving him and Ghanaian actress Yvonne Nelson and Nigerian actress Tonto Dikeh, has shot down suggestions of a bad blood among all three characters.

The “Kukere” and “Ur Waist” singer has categorically denied reports that point to a not-too-pleasant relationship, adding that apart from the fact that he is “cool” with Yvonne and Tonto, he also respects both ladies, and that he “appreciate their hard work”.

“I’m cool with Yvonne. Apart from the fact that I mentioned her name in my song, she is a wonderful person,” he said in an interview with the Nigerian website Bella Naija.

“She is one of the nicest, coolest people that I know. The same with Tonto. They are two people I respect a lot. I appreciate their hard work and they are doing very well in their field.

“Yvonne is my hommie, we are cool people even till now as we speak. Tonto is my padi, we are cool. The media and people out there are just having fun”.

Talking more about relationships, Iyanya says: “it’s hard to find somebody that would be with you and actually take the pain, stand the rain. I feel like anyone I’ve tried to have a relationship with always says “no, I can’t”.

On the choice of woman he would ordinarily date, Iyanya says: “I like classy women. When I say classy, I don’t mean you must have money, but at least know your self-worth and carry yourself well. I want a God fearing woman too because at the end of the day women have the deepest secrets. Women are fragile even when they act like they are bosses so if you mess up, there is a possibility that a woman will bring you down”.

The top-selling Nigerian act has also ruled out dating a celebrity, insisting that “the thing about dating celebs is that it would most likely not last”.

“I can date anybody but the thing about dating celebs is that it would most likely not last. The only way it may last is if they are not successful. But if they are both successful, when people see them together, they would jump on it. That alone has an effect on the relationship because they won’t be free”.

Iyanya’s clarification on the issue should offer some relief to both Yvonne and Tonto, who have had to respond to rumours about their relationship with the singer, over the past few weeks.

Iyanya is due in Accra this week for the Ghana Movie Awards, and Sarkodie Live In Concert, all happening on December 25.