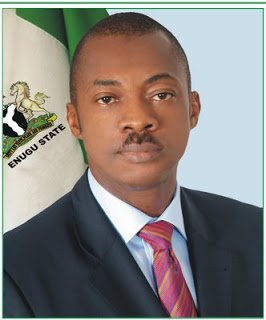 As  anxiety continues to mount over the lingering absence of Governor Sullivan Chime of Enugu State, the question on the lips of many is his  state of health.

Chime had handed over power to his deputy Sunday Onyebuchi, before leaving the country on September 19 for a six-week vacation in the United States but 103 days later, his whereabouts is shrouded in official secrecy.

However, it is reported that the governor is being hospitalised in India.

Several unconfirmed reports which claimed the governor had died in an Indian hospital was debunked by the state government even as there were reports that the governor would return to the state on December 31.

However, as at 4pm on Monday, journalists, who converged on the Akanu Ibiam Airport, Enugu, left disappointed when the last flight for the day landed without the governor on board.

We also gathered that the Government House, Enugu, which used to be a beehive of activities especially during the yuletide, looked deserted, except for the office of Chief of Staff, Mrs. Ifeoma Nwobodo, who is seen as the de facto governor of the state.