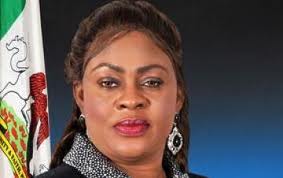 The Minister of Aviation, Princess Stella Odua, has said that the second set of 11 airports have been earmarked for remodelling.

“The designated airports would receive government attention as soon as the first set of 11 airports currently undergoing remodeling are completed and commissioned by the end of the first quarter of 2013,’’ she said.

She said the purpose of her visit to the state was to rub minds with the government on the commencement of Agro-cargo operation from Yakubu Gowon Airport, Jos.

She said that President Goodluck Jonathan was committed to the completion of the agro-cargo terminal.

“For the first time in the history of the industry, 11 airports are undergoing remodeling simultaneously while another set is in the waiting.’’

Jang, represented by his deputy, Mr Ignatius Longjan, thanked the minister for the visit and expressed the readiness of the government to support the transformation agenda of the president.