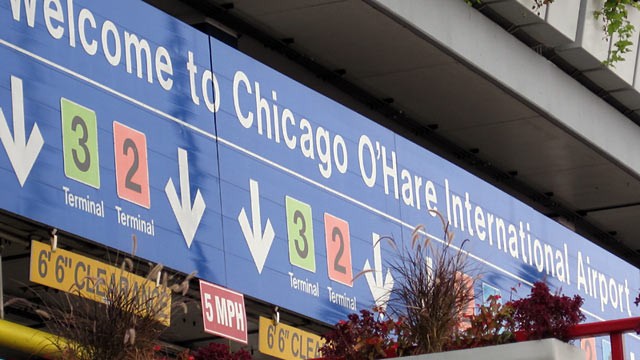 A shipment of 18 human heads, still covered in skin, was held at Chicago O’Hare International Airport by U.S. Customs and Border Patrol.

Customs officials halted the heads for investigation before handing them over to the Cook County Medical Examiner’s office.

“We are involved because they can’t store them any longer,” Tony Brucci, chief of investigations at the medical examiner’s office told ABC News. “We’ll be examining the heads in the autopsy room today, but there is no foul play suspected in the collection of the heads.”

The heads were en route to a research facility near Chicago, but there was a glitch in the paperwork.

“They were all properly preserved and tagged for the purpose of anatomical study,” Brucci said. “The paperwork just isn’t properly done.”

Researchers in Rome had been using the embalmed heads but shipped them to the United States for cremation at a facility near Chicago.

“The crematory has done nothing wrong. In fact, they were just here to hand all the paperwork over, and we’re satisfied everything is on the up-and-up,” Brucci told ABC News. “We are releasing them back to the crematory soon.”

“This isn’t as strange as it sounds,” Brucci said. “People ship body parts to universities and hospitals all the time, we just don’t usually hear much about it.”

In 2010, a shipment of up to 60 human heads and parts of heads was seized at an airport in Arkansas. Those heads were intended for medical training but were stopped in transit because of improper packaging and errors in the paperwork.