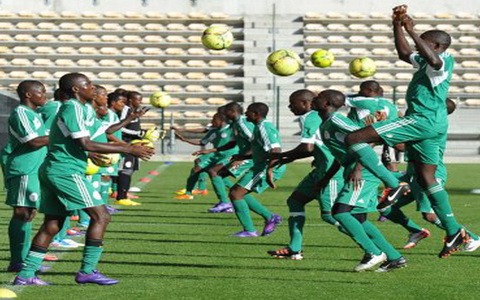 Twenty players have been invited by coach John Obuh as Nigeria’s under 20 football team, the Flying Eagles, begin preparations for the 2013 African Youth Championship (AYC) which is billed to hold in Oran, Algeria, from March 16-30.

The invited players have been directed to report to the team’s training camp in Abuja on Saturday.

“We always want to do the country proud. We know what Nigerians want and that is the trophy in Algeria. We will strive to do our best in the championships,” Obuh said on Thursday.

The Flying Eagles are the defending champions and are drawn in Group B along with debutants Gabon, Mali and DR Congo.

The team will subsequently set up a training camp in Tunisia at least three weeks to the championship.