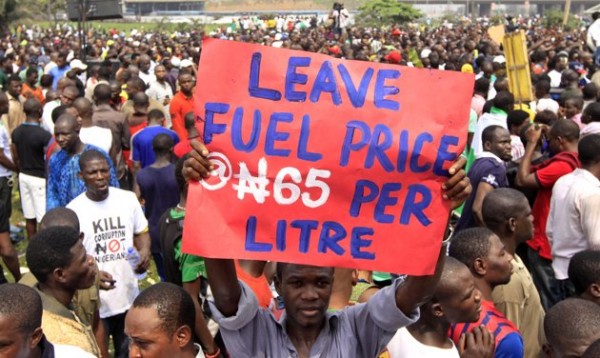 Sometime in June 2011, a few Africans and Africanists gathered at the Ditchley Foundation in Oxford, United Kingdom to review the prospects for progress and prosperity in Africa. It was a few months after the uprisings in Tunisia and Egypt led to unprecedented political reconfiguration that caused the forceful exit of Presidents Ben Ali and Hosni Mubarak respectively.  What started as a mere peaceful gathering of demonstrators at the famous Tahrir Square, Central Cairo against poverty, unemployment and corruption on January 25 inspired a revolt that spread like a wildfire that could neither be quenched, placated nor subdued.

During the conference, participants assessed the possibility of the eruption of similar demonstrations in other parts of Africa also plagued by corruption and bad governance. Many of us were quick to dismiss such protests as feasible in Nigeria because we believed that our countrymen and women do not want to die yet.

A few months later, the response of the Nigerian public to the abrupt and insensitive removal of the subsidy on fuel by the government of President Goodluck Jonathan proved us wrong. One year after one of the biggest protests that has ever happened in the history of Nigeria, we have failed to fully comprehend its implications and the political realities it exposed. Let us now reflect on a few points and throw up some lessons that we need to learn as a nation.

The first point is that there can be no limit to the extent that Nigerians can go when they are driven to despondency by continuous pressures of deprivation, poverty, dashed hopes, failed dreams, and ruined expectations due to bad governance. Though strikes had been used frequently to express grievances by the working class since the struggle for independence, the January 2012 event clearly went far beyond what we were used to. Its uncommon spontaneity was like a volcanic eruption. The anger was palpable. It was a national rupture of discontent. It was more than a protest; it was a collective expression of anger by the Nigerian citizens who were fed up with our dysfunctional politics.  They are still, anyway.

Another important point is how the protests served as a force of unity. Nigerian politics has always been organised along ethno-religious silos. You are first an Igbo, Yoruba, Hausa or Ijaw. You are either a Christian or a Muslim. It forms the basis for the sharing of national resources or positions depending on who is in charge. Apart from corruption which often unites the parasitic elite, no other thing has ever brought these people genuinely together. But the subsidy protests did – at least for the ordinary people. Nigerian citizens broke the barriers of ethnicity, religion and gender and united against a common “enemy”.  Major cities in Nigeria connected and coordinated with one another in an unprecedented manner. Thousands of men, women, youths and children queued behind barricades of burning tyres, chanting songs of solidarity that almost brought the whole country to a standstill. We now know that all these barriers were artificially created by the ruling elite for their own benefit. Poverty unites the average Nigerian, we are only pawns manipulated by the elite to orchestrate imaginary divisions and destroy ourselves.

The third point is the potency of such ‘unruly’ action that lies outside the conventional channels of engagement to capture official attention. Why is it that our ruling class only listens when we go out on the streets or threaten to become violent? How come that our governments are insensitive to peaceful yearnings and aspirations of the citizens that they govern? Could this be why many citizens have now taken to violence in order to press for one form of demand or another?   Violence is both condemnable and unacceptable but it sounds like the only thing that can force our governments to wake up from their deep and debilitating slumber? Why? Look at where that has brought us. A democratic government should have channels that citizens could use to bring government’s attention to their issues. The core function of the legislature is representation and they serve to take the complaints of their constituents to the government of the day. The fuel subsidy removal protests implied that Nigerians had lost confidence in those who represent them in the various parliaments. The pleas of many parliamentarians during the protests fell on deaf ears partly because those they claimed to represent did not trust them – probably because they did not elect them after all.

The fourth point relates to the probability of such actions to elicit political change. The January 2012 protests were successful until the labour movement reached an “agreement” with government and suddenly withdrew their so-called ground troops. Labour became jittery when some elements among the protesters were calling for a regime change. Both government and labour knew that if the protests continued, the consequences would have made Tunisia and Egypt a child’s play in Nigeria. We now know that if powerless citizens of this country consciously organise, they can express themselves to cause the change they desire.  We all know that change was imminent last year before the labour leaders connived with politicians to abort it.

The fifth and final point is a question. Should we continue to rely on organised labour to express our anger against misrule in Nigeria? Can we say that the Nigerian labour movement is still pro-people?  The labour movement played a very important role in the struggle for independence but 52 years later, what we now have is a labour movement populated by selfish elements and pretenders. They have no credibility and the political class even knows it. Furthermore, the Nigerian labour movement was originally organised around pursing the interests paid employees who are their members.  In this era of severe unemployment, under employment and a flourishing informal sector, the labour movement represents only a tiny segment of the working population — showing a big dichotomy between work and employment.  In remembrance of the subsidy protests, we must begin to think of a less parochial and more inclusive platform to use to engage our failed politics. I do not know what that platform is but surely not labour movement! We must break old barriers and build new alliances. We must be open to absorb the diffusional effects of events in other parts of the world. We must also remember to skilfully harness the power of the media, information technology and the infectious solidarity that could be generated from our Diasporan population littered all around the world. We must realise that only such calculated rudeness will dare to challenge the current status quo of primitive distributional politics. We must celebrate our modest successes of January  2012 as deprived citizens and desolate people of a resource-rich country and think deeper outside the box to organise to overcome those who have held us hostage. We must take back our country from these scavengers and their collaborators. Soon! Welcome to the New Year.