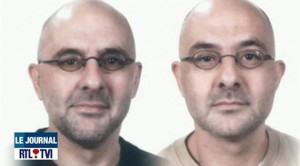 Identical Belgian twin brothers, born deaf, becoming blind and unable to bear not being able to see and hear each other, had their wish to die granted in a case testing the boundaries of legal euthanasia.

Doctors gave the 45-year-old twins lethal injections after they had had a cup of coffee together and said goodbye to each other, a spokesman at the UZ Brussel hospital said on Monday.

“It’s not simply that they were deaf and blind that they were granted the right to euthanasia. It is that they could no longer bear being unable to hear or see the other,” he said.

Belgium is one of few countries where euthanasia is legal.

A patient must be an adult, capable of making a judgment, and the wish to die must be voluntary, overwhelming and repeated. The patient must also be suffering persistent and unbearable mental or physical pain beyond medical help.

In addition, the condition must be serious and incurable, and have been brought on by illness or injury.

“Unbearable suffering can be mental as well as physical,” the hospital spokesman said. “The brothers were inseparable. They lived together and had the same job.”

He said the brothers died on December 14 and that their family supported their wishes.

Belgium legalized euthanasia in 2002 and the number of cases has risen every year since. In 2011, 1,133 were granted the right to die, of which 86 percent were at least 60 years old and 72 percent suffering from cancer.

The Netherlands and Luxembourg have both decriminalized euthanasia. Switzerland allows assisted suicide if the person concerned takes an active role. [Reuters]