Once reviled as ‘not classy’ and ‘not western enough’ by some Hollywood fanatics, Nigerian movies have over the years crawled into Africans’ hearts across all classes and stayed put.

The likes of Genevieve Nnaji, Stephanie Okereke, Tonto Dike, Ini Edo or Ramsey Nouah command cult followings in different parts of Africa. So when notable Nigerian stars bow out unceremoniously, it is only natural for the wide audiences to join other movie lovers across the world to mourn a string of sudden deaths that have hit Nollywood in the last two years.

Since its development about twenty years back, Nollywood has had a great impact on the shaping of African cinema. Sadly, audiences have had to come to terms with the demise of over 20 top Nigerian actors in a time span of less than two years. Here is the list some of the famous deaths that have rocked Nollywood since 2011:

Prolific stage/screen thespian Efe succumbed under unclear circumstances in his hotel room at the beginning of August 2011. Police reports later suggested the actor died of acute asthma, as two canisters of ventolin inhalers were discovered at the scene. We will, nonetheless, remember multi-award winning Efe as the gap-toothed funnyman who appeared in over 200 movies in a career spanning three decades, including the unforgettable Heart of Stone, Open & Close, Husband My Foot and Away Match.

Eneh’s death in November 2012 following a leg infection has largely been attributed to spiritual attacks, ironically in line with roles he excelled at in his screen characters. Doctors at a local facility opted to amputate the actor’s leg after an earlier improper treatment had left it swollen. The operation, however, soured the illness, causing his death. Like Elebuwa, Eneh’s body is yet to be buried. Eneh is most remembered for his fatherly roles in Lonely Life, Divided Kingdom, Price of Ignorance, Heavy Rain and His Grace.

Veteran screen princess Ekeocha passed away in September 2011 amid a fibroid operation. She is best remembered for her appearances in The King and the Maidens, Heavy Storm, Devine Twins and After My Heart.

One of the founder members of Nollywood, Ihezie died at his home in January 2012 following a short battle with Arthritis. Ugandans fondly remember him for his roles in David and Goliath, Brain Master, Player No 1 and King of the Forest.

Face of Nollywood, Elebuwa died in December 2012 from a stroke he had suffered the previous year. In his quest for healing, the aging actor visited, among others, a controversial Nigerian pastor until finally being airlifted to an India hospital from where he died. His body is due for burial sometime this month. Burly and beardy Elebuwa was notable for his kingly gait which mostly saw him play snobbish characters. He is remembered for such films as Abuja Connection, Bent Arrows, Royal War and Lasting Love. 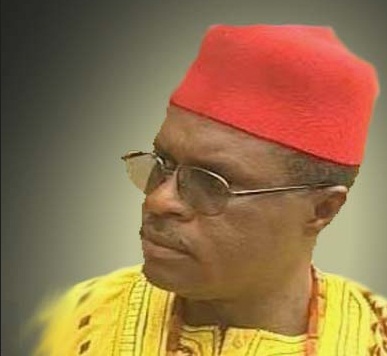 Famed for playing villainous roles, Nwosu succumbed to a liver complication at a military hospital in his hometown of Yaba in April 2011. Fans mostly remember him in Endless Night, Between Two Walls, Power Brokers, Foreign Affairs, Gift from the Grave and Lagos Babes.

Young, vibrant and pretty Edeh was in December 2011 crushed to death by a fuel tanker while travelling on a motorcycle. She died on the spot. We will always remember her for her superb delivery in The High Class and To Love and Live Again.

Comedian Alasari perished in a car crash in March 2011. The crash was reported to have been caused by a burst tyre, causing the car to veer off the road and overturn numerous times, killing him instantly. His last credit, Omo Nightclub, was a big hit.