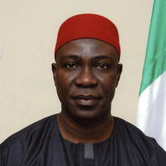 General Manager, Corporate Communications of the Federal Airports Authority of Nigeria (FAAN), Mr Yakubu Dati, while stating this on Sunday, said the Abuja airport terminal would be the second to be commissioned under the ongoing airport re-modelling project  initiated by the Goodluck Jonathan administration.

Information Nigeria reports that the GAT, Murtala Muhammed Internal Airport, Lagos, was the first to be commissioned by the Secretary to the Government of the Federation, Senator Anyim Pius Anyim in October, 2012.

The inauguration of the Abuja airport today will leave nine more airports in the first phase of the Airport Re-modelling Project to be commissioned.

Re-modelling work started at the Abuja in October, 2011, when domestic flight operations at the airport were transferred to the international.