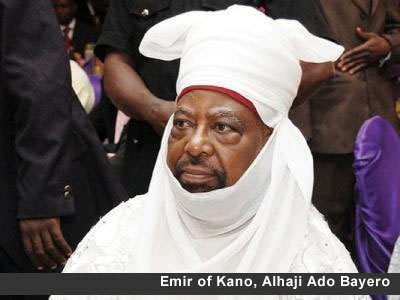 informationng.com gathered that the monarch and his two sons who both sustained gun shot wounds, are being flown for further treatment.

However, there are no official reports that the revered monarch sustained any injuries during the attack as the Kano state government in a statement said he is ‘unhurt.’ But it is also believed he could be going for a routine check-up following the attempt on his life.

It would be recalled that the Emir had spent several weeks in the UK last year due to ill-health and the traditional durbar festival that holds during the Muslim Eid celebrations, had to be cancelled in August 2012, ostensibly, due to his state of health.