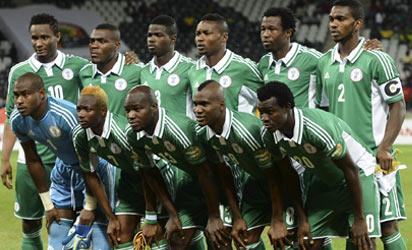 Ahmed Musa and Ikechukwu Uche were at the receiving end of their teammates anger after Nigeria threw away their lead at the nick of time against Burkna Faso on Monday.

“The players gave both Musa and Uche their piece of mind immediately after the match,” a top official disclosed.

“They blamed them for the draw because they said they should have tried to play for time rather than go for goal with seconds only left on the clock.

“The best thing for the players to have done in stoppage time with Burkina Faso enjoying the momentum was to try to run down the clock” the official said.