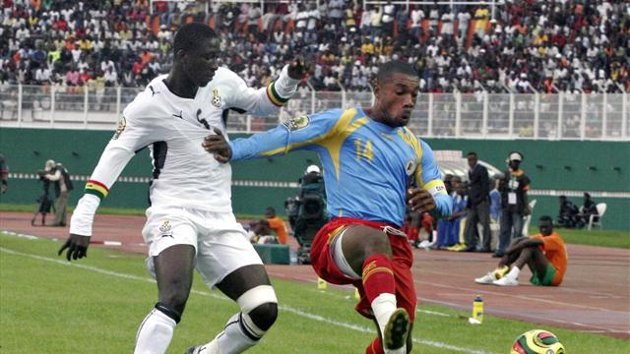 Democratic Republic of Congo players have returned to training ahead of the African Cup of Nations after a two-day strike following a row with the country’s football federation over bonus payments.
The players refused to train on Thursday and Friday in an attempt to get the promised money pushed through before they begin their campaign in South Africa on Sunday.

Manager Claude Le Roy said he had spoken with the head of the Congo federation and the players were satisfied with the latest guarantees.

“I spent time on the phone this (Friday) afternoon. Then the president of the federation came. There were guarantees and the certainty that things will change. We are trustful and that is why we are back in training,” Le Roy was quoted as saying by Radio France International (RFI) on their website (www.rfi.fr) on Friday.

Defender Larrys Mabiala said the row had been taxing on the team.

“We are a bit tired by these hours of tension,” he told RFI.

“It’s irritating to do that (threaten to go on strike) to make things change, especially 48 hours before a (African Nations Cup) finals game.”

Earlier on Friday, Le Roy had criticised the federation for the disruption ahead of their Group B match against Ghana in Port Elizabeth on Sunday.

“This is crazy, it is devastating damaging to our preparations,” Le Roy wrote in a blog on the RFI site.

“My players have been treated like children because the officials have not met their commitments to the players and to my staff. The players have refused to train in solidarity with those staff members who have not been paid,” he explained.

“The players are very disappointed not to be taken seriously because they had been promised things that did not materialise.

“We need people to understand that footballers are no longer children. When they come to the Nations Cup they lose money that they would be getting in bonus payments at their clubs and they risk losing their place in the team. But they come because they are proud to wear this jersey,” Le Roy wrote.

Assistant coach Sebastien Migne had said that the row had led to Le Roy writing a resignation letter but the manager denied he was considered walking out on the team ahead of his record-breaking seventh tournament.

“I never announced my resignation. I went to lock myself in my room. It is football that interests me. This is what keeps me going. Obviously, when we cannot train I’m in a moral abyss.”