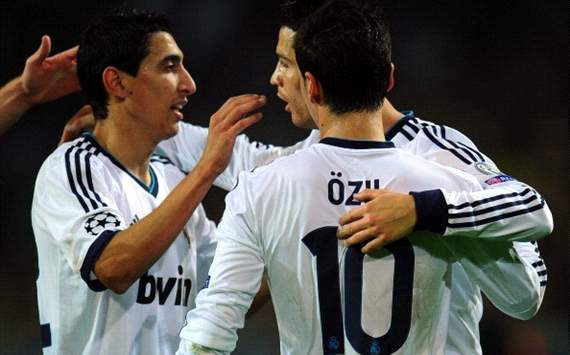 You can hardly mention club football without talking about Real Madrid and Barcelona; on the pitch, they are a success and off it, there is hardly any difference.

The Spanish duo, according to the 2012 Deloitte Football Money League, topped football’s rich list ahead of their rivals from England, Germany, Italy and France.  The report published on Thursday, however revealed that the Liga giants remain the only clubs with annual revenue over €450 million.

With these record, Real Madrid top the Football Money League for the eighth year running, thus equalling Manchester United’s dominance in the top position during the first eight years of the Money League, and became the first club in any sport to surpass the €500m revenue threshold in a single year.

The reigning Spanish champions are closely followed by Barcelona whose growth in 2011-12 leaves them only €17m short of the €500m mark. However, they couldn’t quite match their on-pitch success from 2010-11, but they saw their revenue grow by club seven per cent (€32.3m).

United’s couldn’t break into the first two as their failure to qualify for the knockout stages of the Champions League in 2011-12 meant a Spanish one-two for the fourth successive year was inevitable, but Sir Alex Ferguson’s side remain proudly seated at the number three spot in the rankings.

For the fifth successive year, the clubs comprising the top six places in the Money League remain the same.